Enjoy your holiday in Santorini, a complex of five islands: Thira, Thirassia, Aspronisi and the Volcano (Palia and Nea Kameni) situated at the southern group of Cyclades. It covers an area of 73 square kilometers and abstains 120 nautical miles from Piraeus.
There are boat connections to Piraeus, Cyclades Dodecanese, Crete.
By air the island is connected to Athens, Thessaloniki, Heraklion, Rhodes, Mykonos and many European cities.
Santorini owes its existence to its volcano. Being the only geological phenomenon of the Aegean Sea, the volcano created a place of unique beauty in its heart. Both the island and its volcano will fascinate you during your holidays in Santorini. The volcano of Thira co-exists with the underwater volcano of Koloumbo, which is situated 8klm from Santorini, Nisiros, Milos and Methana, as well as the rest of the volcanoes in the Aegean Sea. Santorini’s volcano became active 2,5 million years ago and is still active today. Its latest volcanic surface in the Eastern Mediterranean was created just 50 years ago, on the island of Nea Kameni. 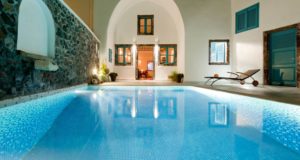 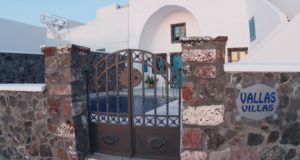